One of the new “features” that was added to the newer turbo’d Subarus (STI, WRX, LGT, FXT) is that ignition advance at a particular RPM/airflow can be “offset” by some amount, based on the gear that is currently in use.Â  Some ECU’s have the tables zero’d out so there is no adjustments being made.Â  When accelerating, the engine is under load for longer periods of time in the taller gears, experiencing more stress than the lower gears.Â  Having the ability to reduce ignition advance for the taller gears adds extra safety margin.Â  For whatever reason, the stock map runs more ignition in the taller gears instead of less.

The following is an example from a 2008 STI, where 5th gear would run 0.7* less ignition advance than 4th gear, which runs 0.7* less than 3rd gear.Â  The red trace in each plot is the calculated ignition advance without any gear based compensations applied. 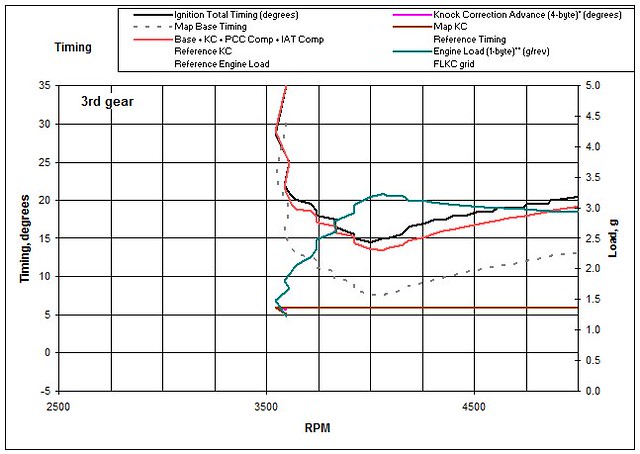 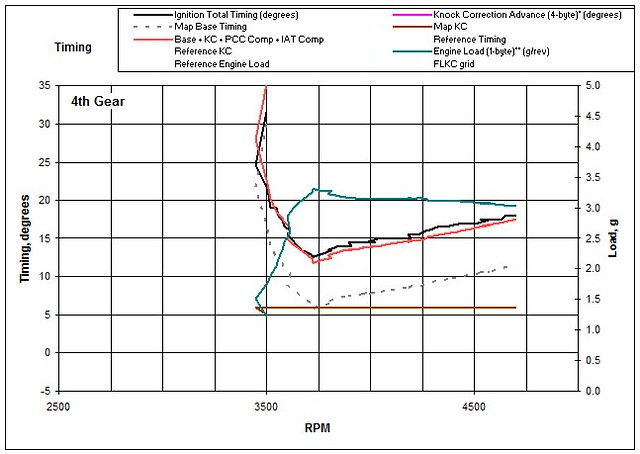 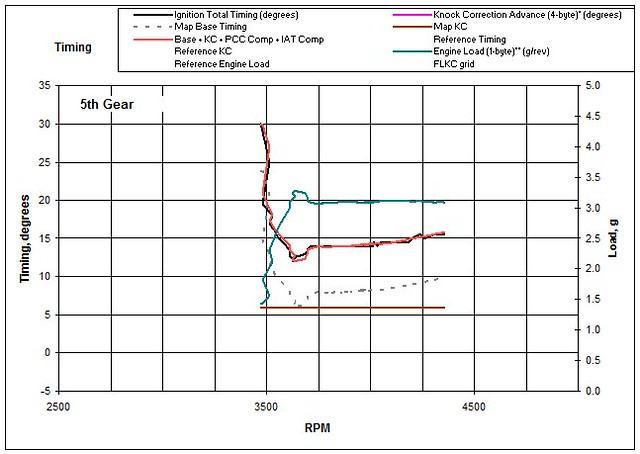