Grimmspeed recommends using the Cobb maps for the (Cobb) SF intake until a custom tune can be done. This particular car had, in addition to the CAI, a downpipe, turbo inlet hose, and a 3-port boost solenoid. The Cobb map used was “Stage2+SF 91 v334”.

For comparison, stock baseline data from another 2014 STI is overlaid in the charts. 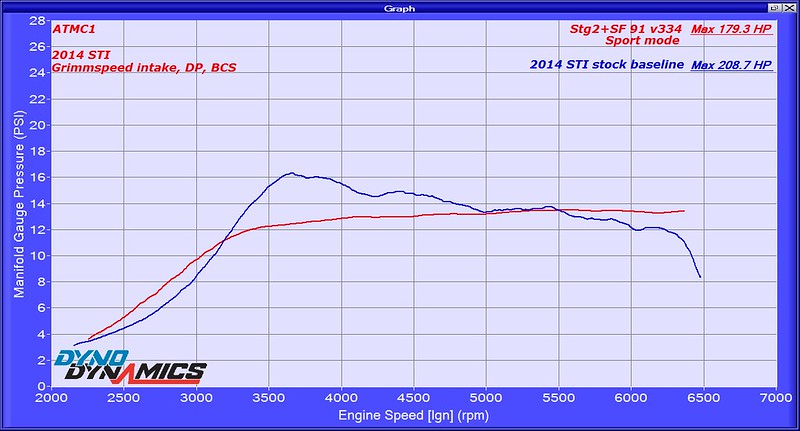 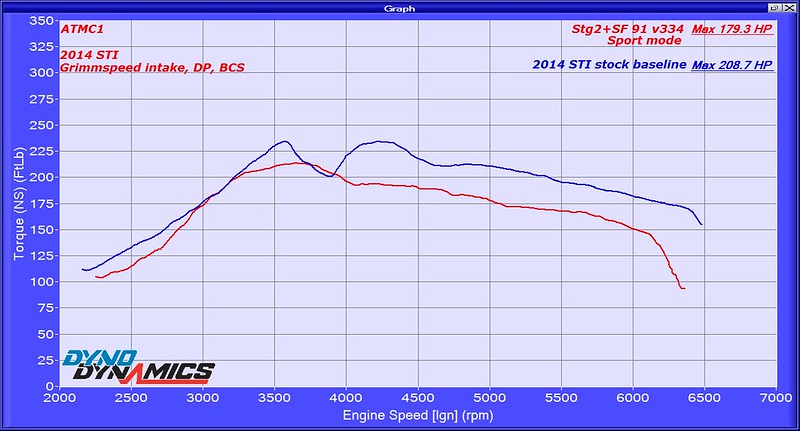 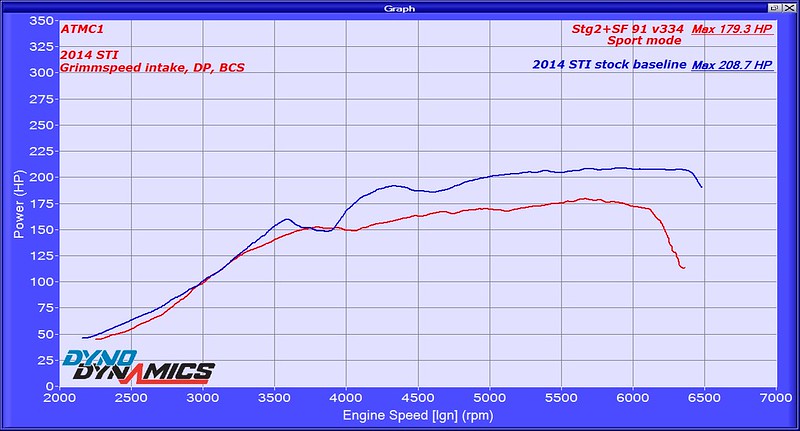 The cause? Over metering of airflow. With the SF calibration, airflow readings are ~20% higher than actual, leading to AFR that drops to ~9:1 at 6300RPM. The rich mixture burns too slowly to make power. With higher-than-actual airflow readings, ignition advance is also reduced, which then lowers power output. 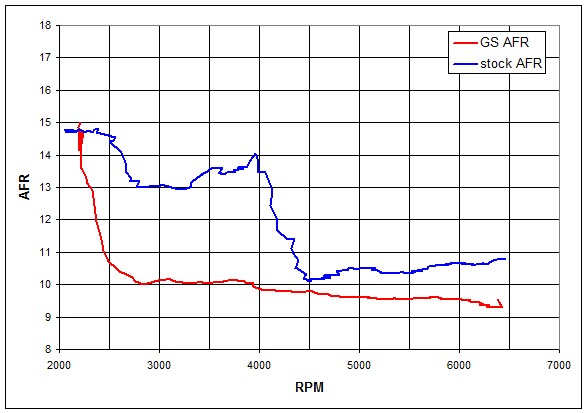 Not accounted for, the addition of the intake actually caused a loss in power output.

In addition to the air intake, this car had muffler deletes. Owner installed the intake and drove it for weeks using the factory calibration. Check Engine Light (CEL) came on with P0171 (System too Lean). 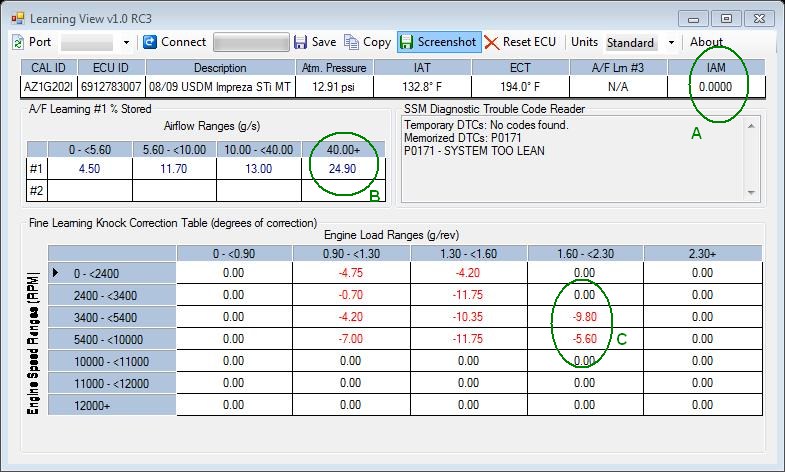 Aside from the P0171 code, the screenshot above shows that:

A: Ignition Advance Multiplier (IAM) is at 0.000 when it should ideally be 1.0 This indicates that the engine has experienced so much knock that the Engine Control Module (ECM) has gone into “limp home” mode, reducing boost, ignition, and using more fuel enrichment.

B: Long Term Fuel Trim is at the maximum value of 25%. This means the air intake is under metering airflow by ~25%, or more

C: Fine Learning Knock Correction has large negative values. Despite being in “limp home” mode, and the ECM adding 25% extra fuel enrichment, the engine is still experiencing knock, such that it is removing as much as 11.75 degrees of ignition advance.

Conclusion
Use the correct calibration or stick with the stock intake.