Location: Portland airport.Â  After flight delays at Calgary and Vancouver, we were relieved when the plane landed in Portland.Â  Our stomachs sank as we watched the baggage carousel go around and around, realizing that we are the only ones left and the remaining bags weren’t going to magically transform into our suitcase.

Location: Rasmussen BMW. Car delivery went smoothly; our salesman went over the features of the car, attached the transit permit and we were on the road by ~10:00am.Â  With ~450km to the US border and a cut-off time of 3:30pm at the US export office, we didn’t have that much time to spare.Â  Luckily, the I-5 Interstate was light in traffic and we arrived at the border at 3:00pm.

The drive between Portland and Blaine was all highway, sometimes dry but mostly wet and raining.Â  The stock tires (Bridgestone RE050A) were a bit noisy and there were a bit to “tramlining” when the pavement surface is uneven.Â  Although, the noise level didn’t get worse going from 60mph to 85mph.Â  I thought it was wind noise until we switched to the winter tires (see below).

The Sport seats, with adjustable lumbar support and side bolsters is great for those of us with less bulk between the shoulders.Â  The driver seat has 2 memory presets but I can’t seem to save a setting for myself and one for my wife.Â  Need to read the manual, I guess.

Steering feel was a bit heavier than I was used to, with the WRX or the Saab 9-3.Â  The 6-speed automatic transmission felt reluctant to start moving when applying small throttle input from a stop.Â  Give it a bit more and it shoots forward.Â  Takes a bit getting used to.

Even with the tall gearing (~2400rpm at 75mph), it can still “get going” when needed, thanks to the small turbos and the 3L of displacement.

Location: Dales Alignment and Brake. Since the car came with 18″ Bridgestone RE050A Summer tires, they weren’t going to be very useful driving through the mountains between Vancouver and Calgary.Â  Dales Alignment gave us excellent service.Â  A small review is posted over at WSC. 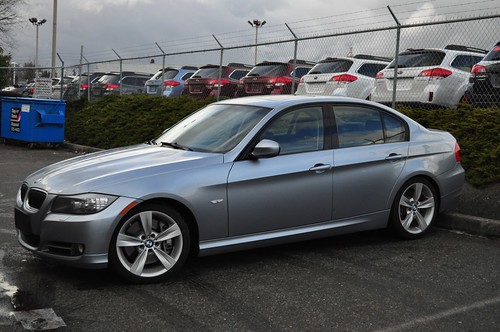 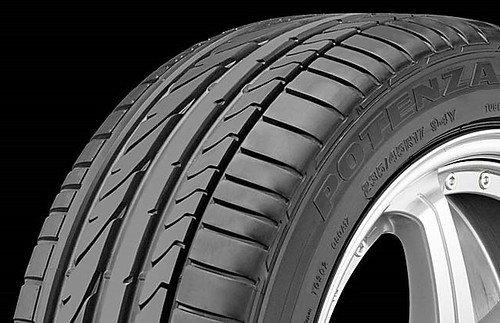 To help us get back to Calgary through the snow/ice/slush, we installed some Hankook I-Pike snow tires. 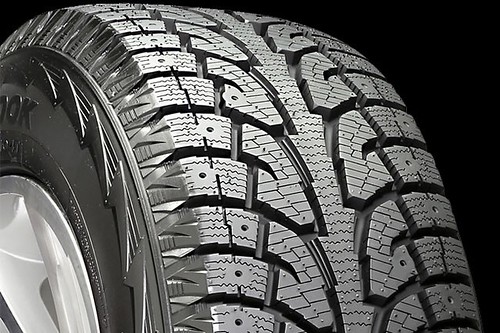 Location: East India Grill, a few minutes away from Dales Alignment. It was a bit early for dinner but there won’t be much opportunity for dining after we start heading back to Calgary and for some reason, driving forÂ  five hours made us hungry. Â  The service was friendly and the food (Butter Chicken, Eggplant Curry and some naan bread) was quite good.

Location: Home Depot parking lot next near the Mission border crossing.Â  Original intention was to gas up the car but made a last-minute decision to try and add some paint protection for the hood as I know how bad the Coquihalla can get with the sanding.Â  A roll of painter’s tape and a few minutes later… 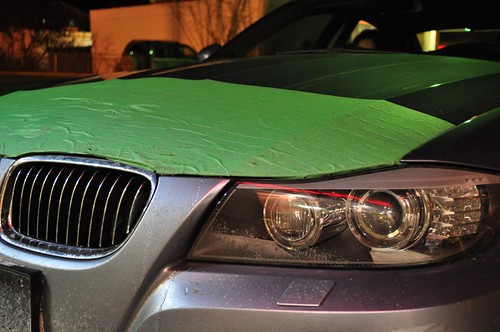 The rain in Langley turned into sleet and then snow as we approached the mountains.Â  Temperatures was quite low (-10C and below) so there were compact snow instead of slush.Â  The i-Pike tires worked quite well in these conditions; the car drove steady and held it’s line without fuss The traction control light on the dash only came on twice and one of those occasions I was “checking” to see how much throttle I can get away with :-).

Gas consumption was pretty decent as well. The trip between Langley and Kamploops worked out to be 8L/100km, driving on snow covered roads, through the mountains.Â  The trip computer seems “optimistic” most of the time though. 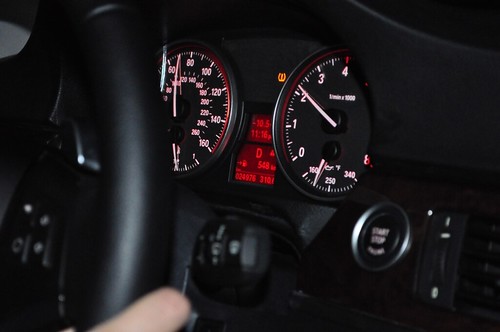 The instrument panel in the BMW is pretty, umm, uniform.Â  Everything is lit to be orange/reddish at night.Â  Is this a German thing?Â  A little bit of contrast would be nice.

Location: Revolstoke, BC.Â  Refueled and waited for road to re-open.Â  There was some sort of “traffic incident” involving a tractor trailer East of Revolstoke and traffic flow was reduced to alternating East/West.Â  Spotted this happy face while waiting in line. Or, may be I was just seeing things because I was tired. 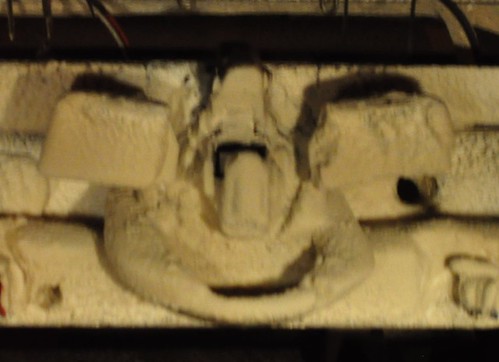 Location: outside Banff. A familiar location where I stopped to take a picture of my then newly imported WRX almost 5 years ago. 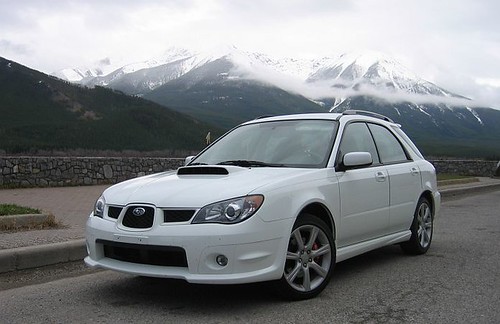 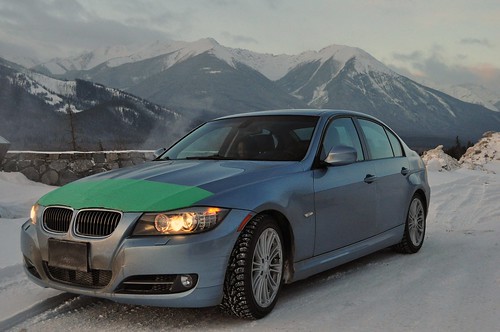 Check back later as the car will be going onto the dyno soon. 🙂