A while ago I posted on Western Subaru Club about the GP Moto elbow and how it affected the STI boost/airflow.

This time I decided to test the stock intake, complete with the resonator, against the modified version that I have been using for the last few years. It replaces the resonator with a “velocity stack”, otherwise also known as subwoofer vent flare.

It can be bought here: 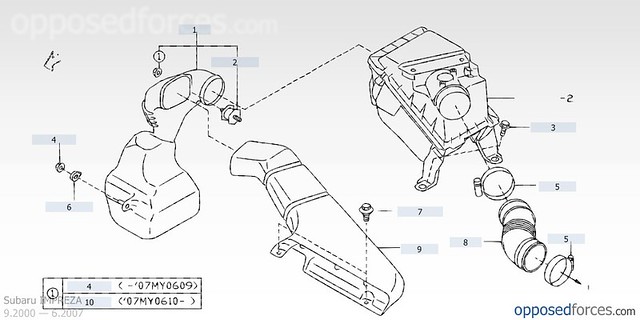 After making some baseline runs with the modified setup, I re-installed the resonator and collected several runs. This was done without taking the car off the dyno. I had intended to test the AEM intake after this but the 3rd gear in my transmission decided to call it quits and killed itself :-\ 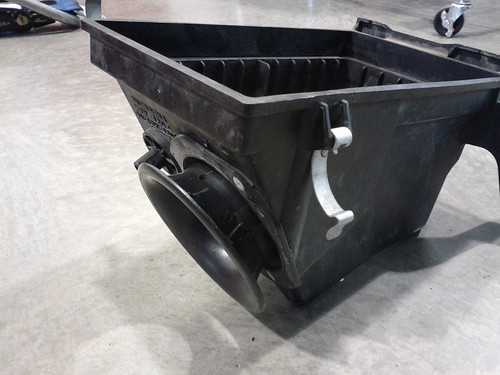 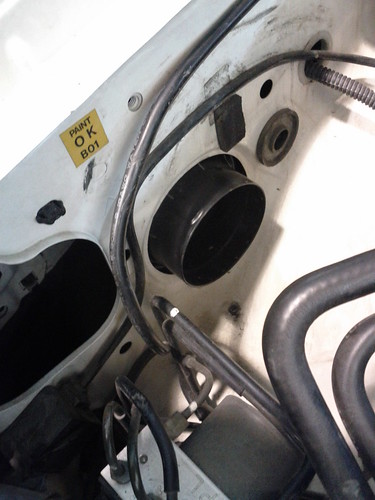 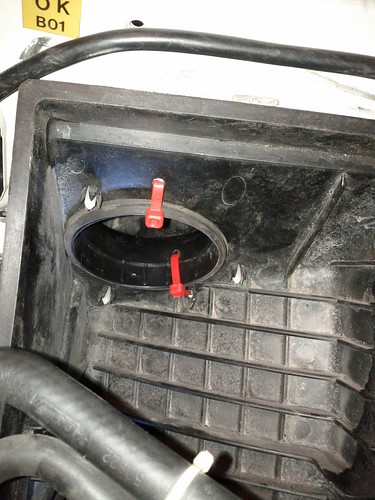 Power/Torque
Red is the modified intake, Blue is the stock setup with the resonator. 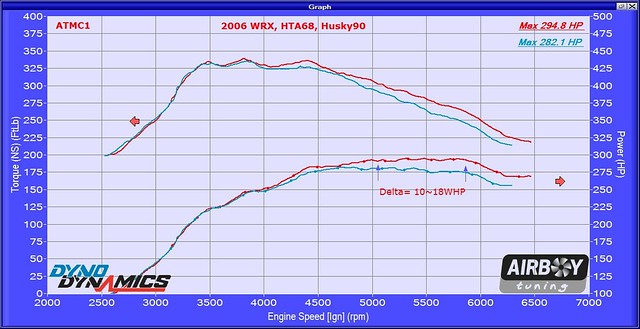 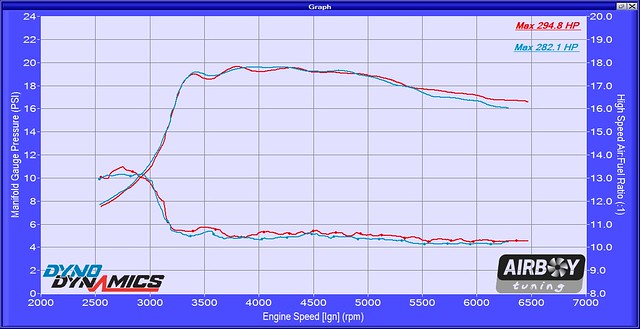 AFR was richer by ~2% with the resonator in place and there is a clear reduction in horsepower output above ~5000rpm. 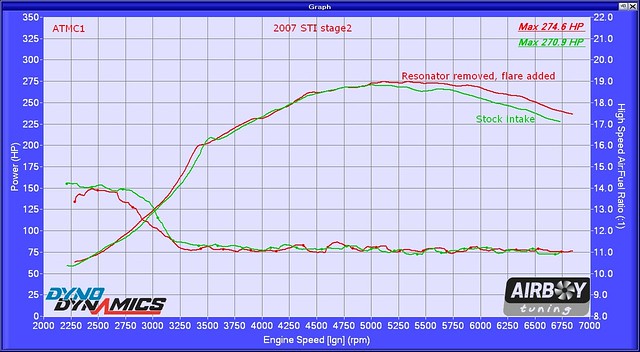 This entry was posted in Uncategorized and tagged dyno results, intake, resonator, Subaru. Bookmark the permalink.